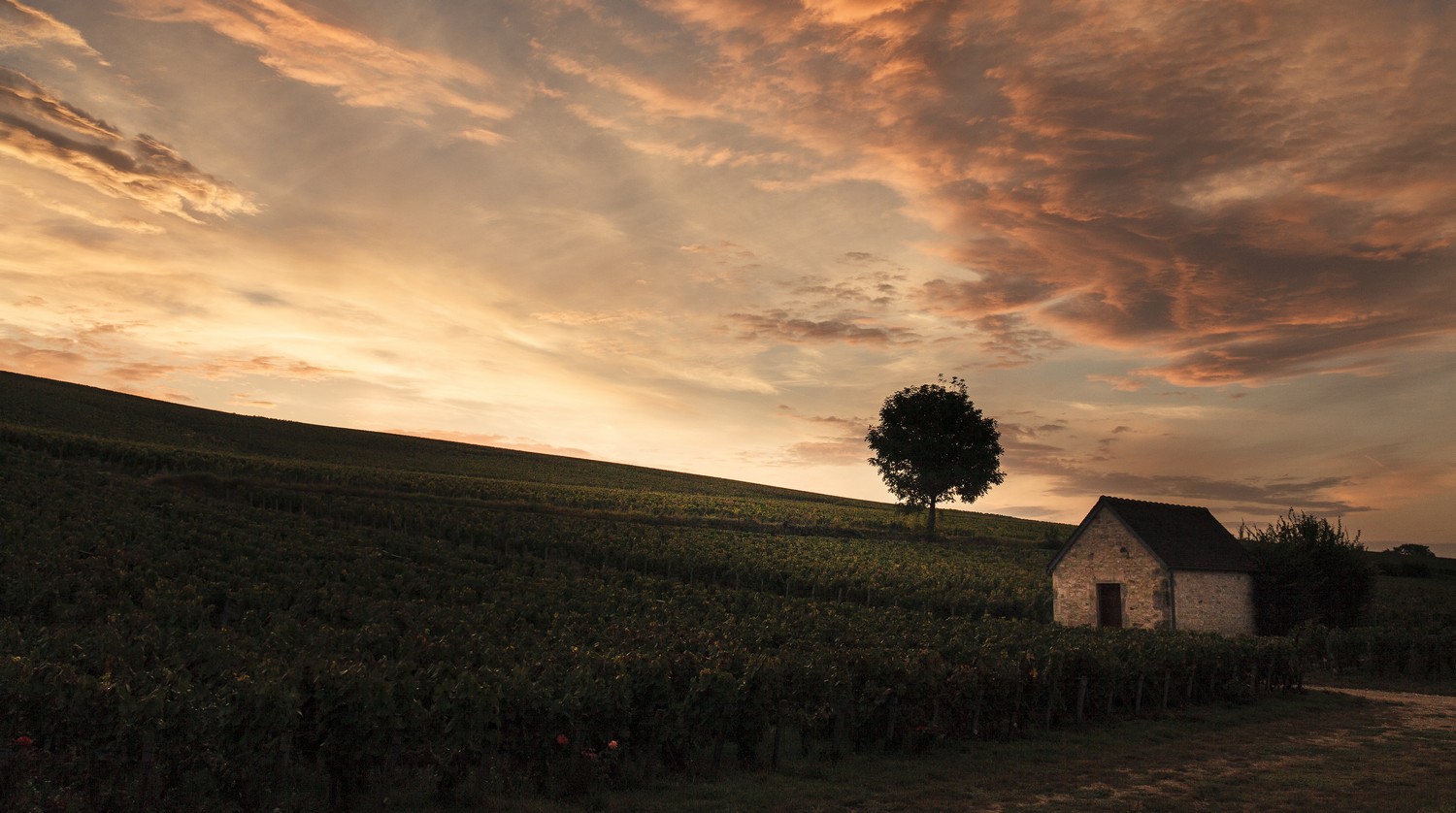 The 68 acre Chablis Grand Cru vineyard Les Clos is the biggest and most famous of the 7 Grand Cru "climats" which cover roughly 330 acres in total, between Valmur to the west and Blanchot to the east. It is also considered "the cradle" of the Chablis vineyards as its potential was spotted by monks in the Middle Ages and the term "Les Clos" undoubtably refers to the fact that the very best vines were surrounded by stone walls, thus preventing erosion, protecting the winegrowers from the elements, and preventing animals getting in or even thieves from stealing the grapes. Archives indicate that vines existed here before 1267 and the vineyard was spelled “Le Clou”, “Les Clous” or “Le Clox” in 1537. In fact, many lieux-dits share variations of this name in the Bourgogne region such as Les Closeaux, Clouzeaux and Cloux. However, these walls have long since dissapeared and the climat was devasted at the end of the 19th century by phylloxera just like the rest of the region. These are very elegant wines since they retain the characteristic minerality due to the Kimmeridgian terroir whilst the aspect and slope of the vineyard tends to give powerful and generous wines.

The Louis Moreau estate owns a particularly well-situated 1 acre parcel of wines within Les Clos. Their Grand Cru Clos des Hospices is especially opulent often with a very expressive nose, nice minerality, delicate notes of almond and pear, and a long, elegant finish. The vines are currently under organic conversion and they produce an average of 2400 bottles per annum. The grapes are of course handpicked and transported to the winery in small cases to avoid damaging the ripe grapes.Fermentation is activated by natural yeasts and lasts between 15 and 18 days at low temperature and malolactic fermentation then occurs for several months. Aging takes place on fine lees in stainless steel vats after which 40% of the wine is put into 500 litre oak barrels for 6 months. It is then blended with the rest of the wine and remains in vats for another couple of months before bottling, so roughly 18 to 20 months after the harvest.

The richness of this wine makes it a great partner for  more complex, saucier dishes (ie. monkfish, salmon, tuna, … with cream, sauce, spices, …) which require the complexity, depth and flavour layers offered by this lovely Chablis Grand Cru.