Horse Power And The Vineyard 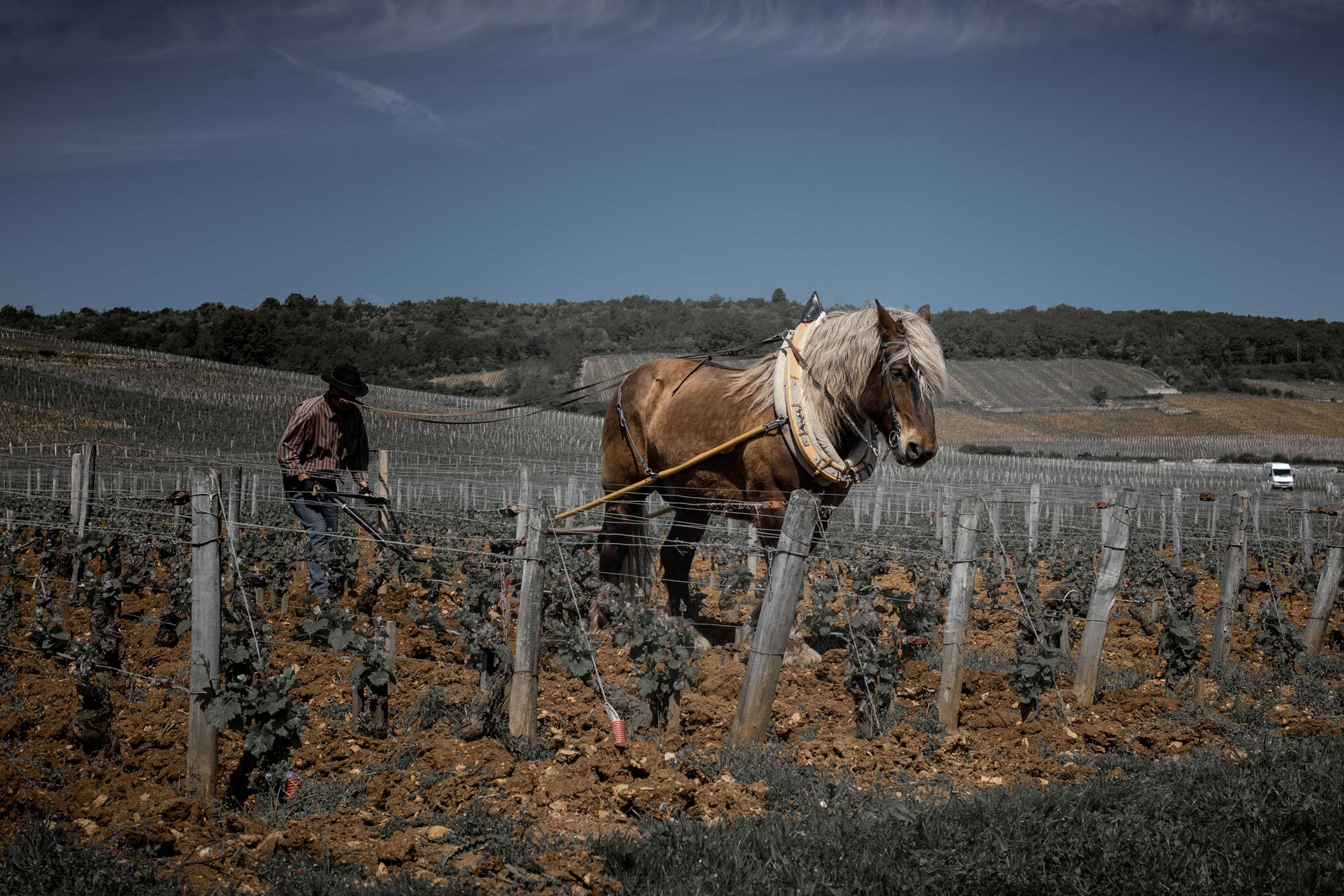 The last few years have seen the horse has remade its appearance in the vineyards, especially those that are worked organically. Of course, it is a wonderful sight to watch these beautiful animals working between the rows of vines however they are not employed for the pleasure of passing tourists and curious passers-by so what are the reasons that lie behind their comeback.

‍
The varied tasks that can be carried out by horses are as follows:

This breaks up the soil to a depth of 5-10cm and is carried out between mid-February and mid-August. It basically favourites the infiltration of rainwater, gets rid of any unwanted organic growth and breaks up soils after compaction by tractors and during the harvest period.

This is carried out in April or May and involves using a specially shaped plough which enables soil that has been piled up around the base of the vines during the winter to be brought back to between the rows. This results in increased water penetration thus reducing the risk of mildew and also smothers and early weed growth. The horse must walk very slowly to allow the labourer to guide the plough without damaging the vines.

This task is carried out between April and mid-August and a plough with 5 flat irons is used to cut the roots of any unwanted plants between the rows of vines. Unlike the light howing, it does not have the capacity to break up the soils but is a weeder « par excellence ».

The main argument for « horse power » is that they weigh less and distribute their weight better than the « straddler » tractors used by wine-growers, resulting in less compact soils and avoiding the hard furrows that tyres create. Furthermore, any soil that is compacted by the horse is then turned over by the plough attached to it. It’s true that some tractors have a small rake-like tool behind the rear wheels which acts in the same way, however, it is far less efficient. Some vineyards that have been worked with tractors over many decades today have compacted soils up to a depth of 50cm.

Here are a few reasons why compact soils can affect the vines and possibly the quality of the ensuing wine:
light, aerated soils improve the microbial activity essential in mineral uptake earthworms in search of organic material and which cannot reach the surface due to compaction, die. The essential role of earthworms in soil biology will be treated in a separate article, however, they are instrumental in aerating and mixing essential mineral elements with the more organic surface soils.

Light, aerated soils allow easy access water penetration thus reducing erosion and surface water accumulation. Consequently the vine roots, which are rather lazy and have a tendancy to choose the easiest options, do not develop horizontally near the surface, as they are forced to go deeper in search of moisture. The more permeable soils also allow for better water reserves at depth which can be a precious ressource during extreme drought conditions.

Other advantages in using horses‍

« 40 years of using tractors has compacted soils to such an extent in some vineyards that there is no more air in the soils and therefore no more microbes. Horses are back as the only response to this problem » Jean-Michelle Come – Château Pontet-Canet Grd Cru Classé