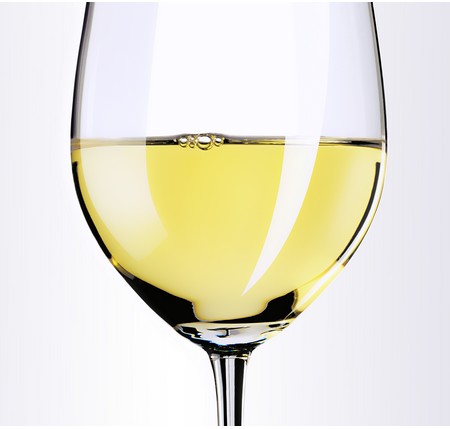 There are several common fining agents that are animal-friendly and used to make vegan wine. Carbon, bentonite clay, limestone,kaolin clay, plant casein, silica gel, and vegetable plaques are all suitable alternatives. Furthermore, some common fining agents are forbidden in the production of kosher wine and include casein and isinglass, though the use of egg whites is permitted.

Deciding which fining agent will work best in a given wine or juice depends directly on many factors, but ultimately on what the goals of the winemaker are. Fining trials must always be performed to firstly elucidate the most appropriate fining agent to use and secondly to determine the dosage and rate of application. A historical knowledge of vineyard fruit characteristics is a valuable tool when it comes to wine production and, specifically, fining activities, as it allows the wine maker to make an educated guess in terms of the most appropriate fining agent, dosage rates and importantly the phenolic impact on the wine and the resulting sensory outcomes.

One of the more traditional and effective fining agents has been ox blood in liquid or dried form however this has been banned in the EU and the US since 1997 due to the mad cow disease scare !

Below is a list of the most commonly used agents :

Bentonite is a special type of very fine clay made of aluminium-silicate. It is distinct from other clays in that bentonite is formed from volcanic ash. Bentonite is principally used to remove proteins from white wine and juice, as it is a negatively charged clay colloid and reacts with positively charged proteins,precipitating them from the wine. Use of bentonite in red wines should be limited because of its ability to reduce colour by adsorption of anthocyanins and for other reasons such as waste disposal and loss of product

A solution of egg whites can be used to remove phenolic compounds associated with harsh astringency in red wines, as the protein binds with the larger polymeric material in the wine. The fining leads to as oftening and improved suppleness in the wine and it is often carried out when the wine is in barrel or prior to bottling.

Isinglass is a preparation of the protein collagen derived from the swim bladder, but sometimes the skin and tissue, of certain species of fish.It is primarily used for clarifying white wines. It gives a brilliantly clear wine and has a less dramatic effect on the astringency and body of the wine compared to gelatine. Monomers and smaller polyphenolic compounds react easily with isinglass, which can aid in the removal of harsh taste sensations.

Gelatine
Gelatineis perhaps one of the most widely-used and controversial, and most technical of all the fining agents.  It is derived from the hydrolysis of collagen, a structural component, from the bones and skins of animals, typically cattle or pigs.

Gelatine is often added to white juice, and particularly pressings, to aid clarification and to reduce the level of phenoliccompounds associated with bitterness, astringency and browning. It isadded to red wine to reduce the level of phenolic compoundsassociated with excessive bitterness and astringency and might also remove some colour. Gelatine interacts mainly with larger polyphenolic compounds and sometimes it is added in conjunction with tannin to provide better clarification.

Of all the fining agents, gelatine is the most aggressive and caneasily result in over fining and colour removal. As gelatine preferentially binds with larger molecules it has a more dramatic effect on colour and tannin reduction in older wines as they containa greater percentage of large polyphenols. Gelatine is occasionally used to help remove the harshness and colour of press juice prior to fermentation. In view of the fact that gelatine is a wine soluble and heat un-stable protein, residual protein might remain in the wine if an excessive amount is used, possibly increasing the risk of the wine throwing a protein haze.