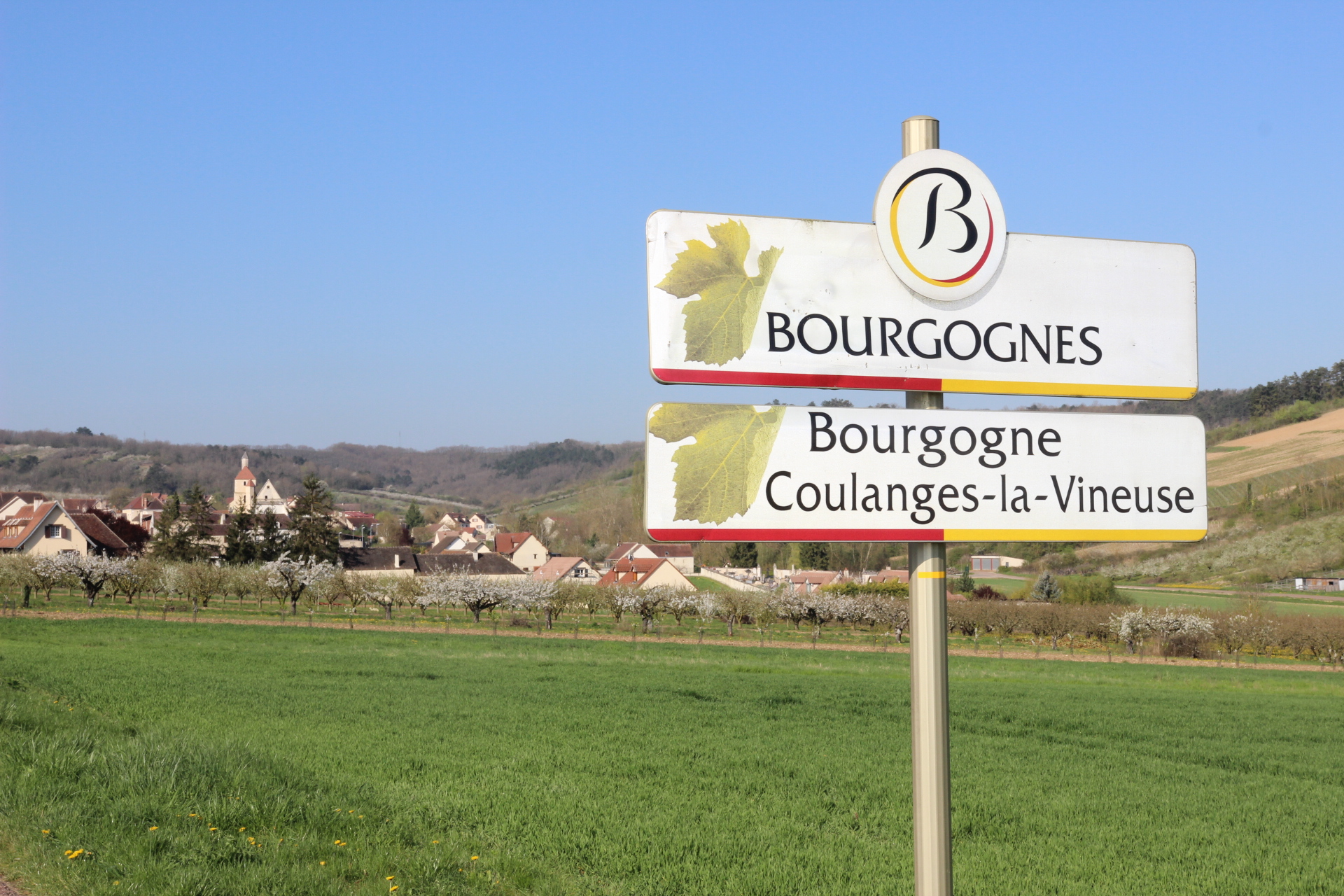 The estate was founded in 1969 by Michel & Denise Bernard and then in 2005 their daughter Magali took over the reins. This charismatic and convivial lady had spent 6 years studying at the wine university in Beaune and then a further year working in Paris. Magali and her partner Arnaud, now manage the estate and its 17ha (42 acres) of vineyards in and are earning a reputation as one of the most interesting wineries in the region. In fact, they featured in the January edition of the prestigious French wine magazine « la Revue du Vin de France » where they were featured in the top young winemakers in the area. Another feather in the cap was the recent « tastevinage » award from the professional tasting at Clos de Vougeot for their AOC Bourgogne Coulanges « Coline » 2014.

This hard-working and dynamic couple not only make great wines, they epitomise the sense of hospitality with a capital H! At the winery in the heart of the village of Coulanges, they recently inaugurated their superb tasting and bar facility where visitors can sample their wines and at the same time partake in some delicious local specialities, plates of cold meats and cheeses and even locally brewed beers. Parbleu ! Furthermore, they can also lay on a wine-tasting lunch or dinner for groups. All delicious home-made food such as jambon à la Chablisienne (ham cooked with cream, shallots and Chablis wine) and pears poached in a red wine served with ice cream and blackcurrant coulis. For these occasions, the couple even lights the old wood-fired bread oven to prepare some of the food.

The visit to the estate includes the mandatory tasting but also a visit to cellars a stone’s throw across the village where visitors can admire the old 2400 litre « foudres » which are used so effectively in the production of some their wines.

The estate Clos du Roi in Coulanges la Vineuses is part of long and rich wine-growing tradition going back nearly 2000 years when the spot was quite aptly named the « wine colony ». Another witness of this Gallo-Roman viticultural heritage is the carving of a grape-picker on a bas relief found during archaeological excavations of a villa dating back to the 2nd century. In the mid 17th century a huge fire in the village was extinguished with wine and in 1776 the village counted 243 wine-growers and 17 barrel makers!

Today the estate works 17ha of vineyards of which 15ha is planted with pinot noir, 0,6ha with César, 0,2ha with gamay, and 1ha20 with Chardonnay. (1ha=2.47 acres). The philosophy of Magali and Arnaud is to respect the traditional style of Coulanges wines; that is to say, easy-to-drink reds that can accompany most meals with soft tannins and subtle aromas of red fruit and refreshingly mineral whites. At the same time, they choose to innovate and create different styles, hence the different « cuvées » that reflect their ambitious wine-making talents. For example, the red cuvée « Coline » is a blend of pinot noir and the local grape variety, the César. The result is a wine which has more tannic structure and which will improve in the bottle for a longer period. Likewise, the cuvée « Chanvin » was born from a desire to marry finesse, elegance and complexity and so the grapes are carefully selected from the finest parcel and aged for longer in more new oak than the other reds. The use of 2400 litre wooden vats in order to «limit » the process of oxidation also shows a courageous desire to innovate.

To sum up the estate, I would say that Magali and Arnaud are great ambassadors for the region’s wines and if you are ever in Coulanges la Vineuse, you now know where to go!