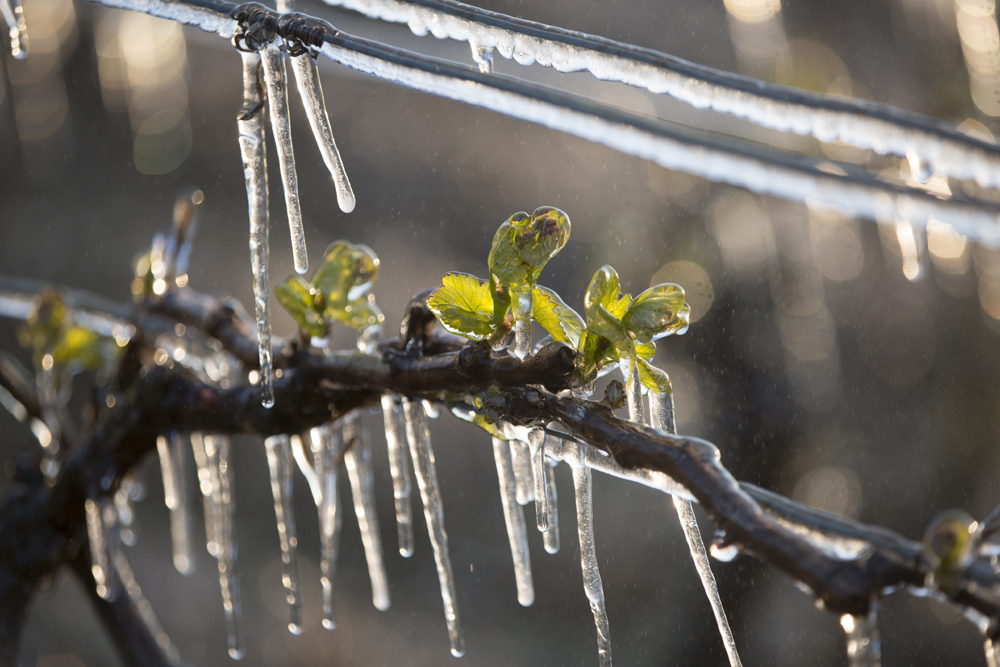 The 2019-2020 winter has been the mildest in France for 120 years ! Temperatures averaged 2°C above normal for December and January, and 3°C  for Febuary ; a trend attributed to climate change which has been observed since the 1980s. Bud burst occured as early as January in some parts of Southern France-almost 2 months early ! Buds that have begun opening and have initiated the production of new leaves are very vulnerable and if the temperatures fall below -2°C/-3°C in damp conditions or -5°C/-6°C in dry conditions, the buds can abort and that year's production entirely compromised. A few days ago the vineyards of southern France, namely Provence and parts of the southern Rhone Valley, were severely hit by hardfrosts with temperatures plummetting to -6°C in places ! If the rest of the country has remained relatively spared up until today the weather forecast for the coming days is adding additional stress to wine growers in France who are already suffering from Trump's taxes,the Brexit, a health crisis and an ever-worsening economic situation !